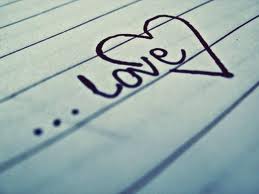 Well…it was good while it lasted…
Let me rewind a couple of weeks back…our year anniversary was coming up & I was tensing up about it…
A year? What does that mean? I’ve never gotten here before.
I mentioned to a coupla friends my hesitation, blaming my “commitment” issues, but than I began to wonder, do I really have those? Or is it really that no one has stuck around long enough for me to commit to something? I had seemed to being doing good up til this point, no moments of feeling the need to flee…what was up???
The more I thought about it I realized I DID want to celebrate this milestone & that the fear in my gut really was “is this milestone something he’d rather not acknowledge?”
I rationalized “its just another day, no reason for him or me to freak out”, enjoy it for what it is & enjoy him for who he is!!
So I did!
(Figuring you read last post, so needless to say I celebrated US)
He also got a cheesy love card in the mail (nothing is better than opening your mailbox to something other than a bill!!)

&
tickets for us to go “Pixar in Concert” @ the Hollywood Bowl
(Ahhhhh the Bowl)
3 things I knew he loved ~ Pixar, movie scores,  & the Bowl
I made peace with being out of town over that weekend, but my heart still hurt a lil that he couldn’t join me ~ visions of a romantic weekend away had danced in my head 😉
I felt a lil uneasy about him not being able to join me, but tried not to read too much into it.
When I got back into town & learned I wouldn’t be able to see him the rest of the week since he had his boys and was on deadline, I was heartbroken ~ no anniversary celebrations happening together, the 4th of July, nothing!
& it didn’t seem to bother him at all.
I tried not to show it, but in the end I couldn’t keep it in.
Since I was unable to see him, I wrote an email ~ it felt good to finally say some things I had been holding back on.
I thank him for reading it & actually taking what I said to heart!
My biggest fear was that he’d just shut down & say “see ya!” ~ but as always, he was a good man (who’s done this relationship-thing before & is forever teaching me how it works).
I couldn’t get a gage where he stood thru our few texts over the week apart, but Saturday was coming & I’d soon find out.
A better question was ~ where did I stand? What did I want going forward?
It was a very tough question for me too!
I was/am still madly in love with this man, I still get excited when I know I get to see him.
My heart skips when my phone tweets a text, hoping its from him 🙂
(yes, I know I’m ridiculously sappy)
I was finally beginning to relax into the idea of us as a couple.
I was having crazy thoughts that I’ve NEVER had before ~ I WANTED to cook delicious meals for this man, I wanted to make his belly happy!
(I seriously looked in to cooking classes…I guess I really should learn anyways…)
I felt comfortable looking ahead to things I wanted to share with him…(i.e. Bowl tickets a few weeks from now)
One thing I knew going into this with a “newly on-the-market” man was that he may want to shop on a few different aisles, taste test a variety before deciding what he likes.
And I’m a true believer in that!
Lord knows I feel like I’ve taste tested all of Costco getting to this point…
I know the taste I like…I know the man I love.
We just dove in too fast for him to get that chance.
Maybe now is the time to take it…
I’ve feared my expiration date was coming up.
The year anniversary just reminded him how he wasn’t looking to be in a serious relationship & it reminded me how much I love sharing my life with someone.
Kind of a tough difference to reconcile.
I can’t imagine my days without him in them, nor do I want to try,
but I also want to be with a man that gets excited to see me too & doesn’t feel the need to find better, different or whatever…
I’ll be getting back on my journey eventually, at least this time I do know love exists
xo